Another logical and potentially serious objection is related to the aspect of cascading, cumulativeness and possible impact of this on allocative efficiency.

To get some perspective let us consider the following comment by Professor Feige: [1]

Since the APT tax assesses both purchases and sales of intermediate goods and services, it is open to the criticism that the tax will cascade, and ultimately fall most heavily on goods that pass through multiple stages of production and distribution. The final net allocation consequences of an APT tax on intermediate transactions must be evaluated by juxtaposing the efficiency gains achieved by eliminating all retail sales, VAT, and corporate income taxes against the efficiency loss introduced by the turnover tax component of the APT tax system.

Cascading refers to the repeated taxation of the same items as they are sold and resold at successive stages of production causing the ultimate price of the completed product to include all the taxes paid in the stages of production and the related costs of sales and administration. Sales, excise and property taxes cascade and we haven’t sent the world into turmoil yet. In reality, all taxes paid by business cascade into the price of goods.

To consider effect of cascading in case of transaction tax vis-à-vis ideal GST regime on prices of goods and services we have done some simple estimations.

Assuming that ‘x’ value is added in ‘n’ steps in a manner that equal value is added in each step i.e. ‘x/n’. Considering the rate of transaction tax as ‘r’, price of the goods / service at nth step is calculated as shown in the Table 5.1

Table 5.1 Indicative Calculations of BTT and price of commodity including BTT in generic manner

·If 1 % BTT rate is sufficient then number of steps required for getting value equivalent to flat GST will be 22.

We have not considered here the reduction in the interest rate at which credit will be available. Also we have not considered the compliance cost, administration cost and evasion which are significant at each step even for GST.  Eliminating all the other taxes means eliminating the compliance and collection costs as well as the distortions caused by tax evasion. And unless cascading is significant the net effect would be positive in the BTT case. Our simple calculations above indeed demonstrate this to be the case.

·The inclusion of intermediate goods and service payments in the simple APT tax base is analogous to introducing a small flat rate turnover tax component. Given the knee-jerk antagonism of most public finance economists to the mere mention of a turnover tax, it is particularly important to clarify the extent and nature of the distortions that are likely be introduced by this component of the APT tax. First, the turnover component of the APT will be small since ….. total intermediate transactions are estimated to make up less that 5 percent of total payments.

·Finally, the proposed APT tax rate is so low compared to sales and VAT rates that APT replaces, that substantial cascading must occur before the allocation consequences of APT offset the benefits obtained from the elimination of excise and VAT taxes.

These comments are exactly applicable in India as well. When we seek to evaluate the different taxation methods, there are multiple factors to consider. From the considerations of welfare theory, Professor Cintra elaborates that allocative efficiency need not be the deciding criteria. He states:[4]

·Indeed, welfare theory demonstrates that society will not choose a point which is allocatively efficient if, compared to another situation (even if inefficient); it is capable of reaching a superior point in its social welfare function. In other words, even though ideally the VATs may theoretically introduce fewer distortions in relative prices, it is possible that cumulative taxes would be preferable if, for example, it can be proven that it decreases tax evasion, or that it requires a lower nominal tax rate to collect a given amount of revenue, and as a result the pattern of tax incidence is considered more acceptable to society.

·The ranking of alternative tax regimes become problematic in the presence of market failures, tax avoidance, transaction costs, and other important departures from the postulates of perfect and complete markets. According to second-best theory, as interpreted by J.A. Kay, “tax reform proposals must not be evaluated by counting the number of distortions, and arguments based on ‘double-taxation’ disregard the fact that it is the relative level of taxation, not the number of times the tax is levied, which is relevant in economic decision-making.

Though not as the only tax, Brazil has had a long history of having some form of banking transaction tax. Professor Cintra refers to the actual data of such a tax and brings out some important factors which further the claim made above, i.e. the total cost of taxation drops substantially for a BTT.[5]

The myth about the inevitable evils of cumulativeness must be placed in proper perspective. No tax is neutral, whether cumulative or on valued added. All taxes have advantages and disadvantages, as is widely acknowledged both by critics and supporters of bank transaction taxes. And comparing advantages to disadvantages, cumulative taxes such as the CPMF (Provisional Contribution on Financial Transactions) show a clearly positive balance. There is no evidence, either in Brazil or in other countries, that bank transaction taxes are more distortionary than other available alternatives. They do not discriminate against wages, they have rates that are structurally lower than those of the VATs and, therefore, discourage tax evasion and corruption. Furthermore, they have extremely low operational costs, almost zero in the case of electronic bank debit taxes such as the CPMF.

·An inevitable conclusion is that taxes that are easily evaded, such as VAT-style self-assessed taxes, certainly create even more unintentional and uncontrollable changes in relative prices, because nothing is as unpredictable or uncontrollable as tax evasion.

·One specific point of interest has to do with comparing the changes in relative-prices introduced by (VAT) to those introduced by turnover taxes, such as the bank transactions tax. Under highly restrictive conditions, a VAT introduces less relative-price changes than a cumulative tax. For this statement to be true, the following conditions must be met

ouniversal tax base – that is, both taxes must apply to all goods and services transacted in the economy

oa single and identical tax rate applied to both forms of taxation.

The four conditions listed above are very strong assumptions, and none of them is satisfied in the Brazilian economy. The absence of perfect competition is notorious. Large-scale VAT evasion is practiced in a broad variety of forms. Generally, taxation is applied to tax bases that are segmented by sector, activity, or by income categories. And almost all taxes in Brazil have multiple rates.

Going deeper into the objections related to cumulativeness and bringing in arguments related to the reality of tax evasion as well as welfare theory, Professor Cintra brings out the benefits of the BTT. He states:[7]

·The non-cumulativeness requirement for good tax system is a mindless fetish. No tax is perfectly non-cumulative, except those found in theoretical constructs divorced from reality. Value-added taxes would be impracticable if they did not contemplate, as they actually do wherever they are practiced, the most diverse types of exceptions, exemptions and special regimes, which give them appreciable degrees of cumulativeness.

·Furthermore, the well-known conclusions of the second-best theory, as well as those of modern optimal tax theory, demonstrate that one cannot state a priori that a cumulative tax is less efficient than non-cumulative taxes. It is most likely that, for a given amount of revenue, a cumulative tax, which requires a low rate, is preferable to a value-added tax with a high rate.

·Under the current consumption tax system, which is subject to exuberant evasion, substantial portions of the price paid by consumers are taxes that, in fact, are not collected by the government. To a great extent, they are appropriated by the tax evaders themselves. By replacing current taxes with the Single Tax, tax evasion would be eliminated and the tax burden, built into prices, would be more lightly distributed. The anticipated effect would be a fall in prices, which would benefit, first and foremost, the neediest segments of the population, who spend all their income in consumption goods.

Concluding his arguments about the allocative efficiency and distortionary effect on prices, Professor Cintra refers to work done by Prof. Yitzhaki and shows conclusively that BTT has a healthier effect on prices.[8]

·Yitzhaki has suggested that “in the extreme case where all commodities are taxed, they can all be taxed at the same rate, so that relative prices do not change and we end up with a zero deadweight loss.” Thus, a tax system with lower rates, and more widespread universal incidence across all commodities should imply a smaller impact on relative prices, and therefore, have smaller substitution effects and cause less allocative distortions on the economy. There are two reasons for expecting that bank transaction taxes conform more closely to these requirements of absolute generality stated by Yitzhaki.

oFirst, bank transaction taxes have a single uniform rate, universally applied to all commodities. VATs, on the other hand, usually have multiple rates.

oSecond, rates of bank transaction taxes are lower than those required from VATs to achieve given revenue target: the tax base is broader, and evasion potential is more limited.

·Thus, it is expected that bank transaction taxes imply lower and more homogeneous tax burdens on commodity prices than VATs, thus being closer to a situation of relative price neutrality, as stated by Yitzhaki.

Given the limited relevance of price taking behaviour and fixed proportions production technologies in actual economies, particularly those of developing countries, this analysis, along with earlier negative results relating to the optimality of input taxation in the presence of constraints, cast further doubt on whether a VAT really is superior to other production and sales taxes such as the turnover tax it has often replaced.

[9] The VAT Versus The Turnover Tax With Non-Competitive Firms - National Institute of Public Finance and Policy, Arindam Das-Gupta, July 2004 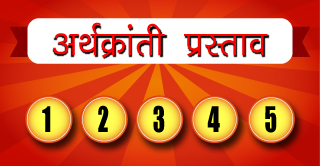 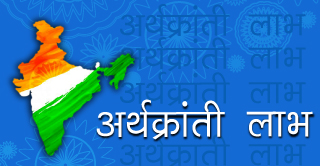 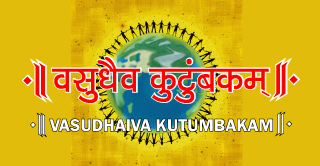